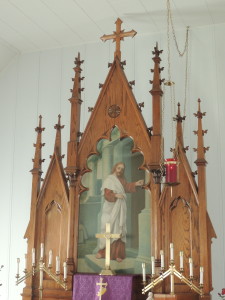 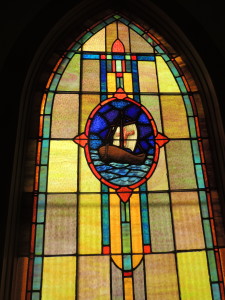 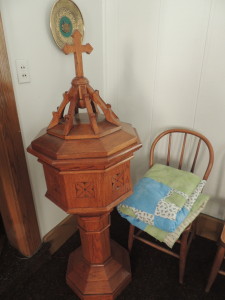 We had a wonderful and blessed celebration of our 125th Anniversary on June 24th & 25th, 2017, with the following summary of events:

Saturday and Sunday, June 24th and 25th, the Melo Church held festivities commemorating 125 years of Christian service to that community.

Special program music consisted of a hymn sing, songs by the Melo Sunday School children; also DeeDee Carlson; Zachariah Carlson; and the daughters of former Melo member Edna Olson Laymon, Mary Laymon and Janet Wolff. Greetings of congratulations were heard from the Warren Ministerial Association and Our Savior’s Lutheran Council. A brief history of Melo was given by Marlene Carlson, and of the Cemetery Association by Lowell Hamrick. John Johnson served as program emcee.

The Sunday service was delivered around the theme for the anniversary, “Melo through the years—Past, Present and Future” by utilizing portions of the Black, Red, Green and Cranberry hymnals and books of worship. Bishop Lawrence R. Wohlrabe of the NW Minnesota Synod delivered the message. Special music was provided by the OSL/Melo Choir, the Melo Sunday School, and Mary Laymon and Janet Wolff.

After services, there was fellowship with an anniversary cake, coffee, and sweet rolls.

The Melo Church Family would like to thank those who helped plan and work on various anniversary projects, those former returning members of the church, and all those who attended, making the 125th Anniversary a success.